One year ago I joined the Freedom of the Press Foundation to launch an effort to rethink how we fund and fight for hard-hitting journalism. In the last year the Foundation raised over $480,000 for nonprofit journalism projects focused on government transparency and accountability. The donations came from more than 6,000 people and supported critical investigations into drones, Guantanamo, Pentagon spending and funded a daily public transcript of the entire Manning trial for all journalists and the public to review and use.

Today, the Foundation is launching its next crowd-funding campaign. This time, however, we are not funding journalism directly but instead we are investing in the next generation of open-source encryption tools for journalists. Since the Foundation launched a year ago, the revelations about government surveillance and the US government’s unprecedented crackdown on whistleblowers has raised new concerns from journalists and free expression advocates worldwide.

“Protecting the digital communications of journalists is turning into the press freedom fight of the 21st Century,” said Freedom of the Press Foundation executive director Trevor Timm. “The Obama administration has been able to prosecute a record number of whistleblowers largely by subpoenaing emails and phone calls. It’s clear that journalists can’t protect their own sources by just refusing to testify anymore, so we need tools that will help them.”

A Digital Infrastructure for Press Freedom 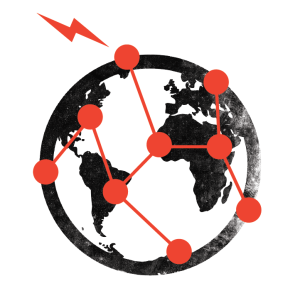 Today we need a digital infrastructure for press freedom in addition to the legal framework that created the free press in America.

While we have seen a renewed interest in digital security tools and practices for journalists, we have a long way to go to making encryption a ubiquitous part of the journalism process. Whether you are reporting on local corruption or national security, journalists need to rethink how they do their work to ensure they are protecting themselves, their colleagues and their sources.

There are great tools available but many are difficult to use and suffer from inadequate funding themselves. Today the Foundation is launching a two-month campaign to support projects by proven security experts, who are working on making phone calls, texting, instant messages, browsing the web, and emails all more secure.

The projects, which are all open-source and free to use, include: the Tails operating system, Redphone and TextSecure communications tools, the Tor browser, LEAP from Riseup.net who are creating a secure IM client. You can read more about them on the Freedom of the Press Foundation website.

Earlier this year the Foundation released SecureDrop, an open-source whistleblower submission system for news organizations to communicate with sources. Since we released it we’ve been amazed by the response. In the coming months the Foundation will have SecureDrop up and running in more than a dozen newsrooms.

The Foundation is also developing trainings and resources for journalists and newsrooms. But we realized that if we want widespread adoption of tools like this we also need to support those tools. While some newsrooms may be able to invest in expensive security software, we want encryption tools to be available to all journalists. And we believe that open-source technologies, not private platforms, are the strongest protection. As we say in our encryption guide, “when it’s developed in the open, with open bug trackers, open mailing lists, open governing structures, and open source code, it’s much more difficult for these projects to have a policy of betraying their users.”

When the Freedom of the Press Foundation launched a year ago, we wanted to inspire a new era of support and funding for fierce independent journalism. But over the last year it has become clear that supporting this kind of journalism demands that we also protect it. Funding and facilitating a culture of encryption and security for all journalists – from major newsrooms and freelancers to bloggers and citizen reporters – is an enormous undertaking. And it’s one we can’t do alone.

Over the last year an amazing community of people have stepped up to support and fight for public interest journalism. Together we can help build a new infrastructure for a freedom of the press that can stand up against mass surveillance and hold our leaders to account.